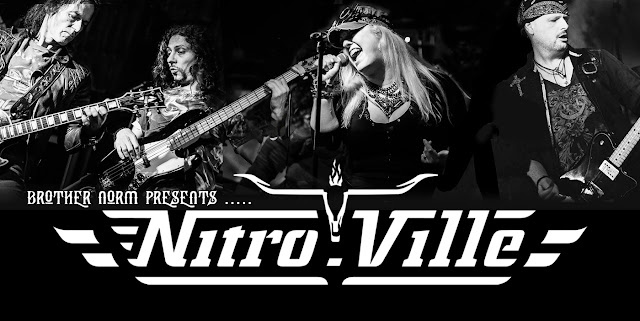 Howdy soaps....err, i mean folks, Brother Norm here again, now this is a band I heard about a few years ago thanks to my habit of late night trawling on ReverbNation and wanted to share with you.

Nitroville was founded by Anglo-Scottish vocalist, Tola Lamont and German-Scottish Guitarist, Kurt Michael. On the first song-writing session two songs were born – the southern rock grinder, “Cuts to the Bone” and the stomping “Got what it takes”. Both songs were later included on Nitroville’s debut album, “Can’t Stop What’s Comin’” which was released in 2011.the second album is called "CHEATING THE HANGMAN" and was released in 2016 on the Mighty Music label ( Marco Mendoza, Tygers Of PanTang ) to rave reviews. Nitroville are also currently working on their third album which is due to be released Worldwide via Target/Mighty Music (Scandinavia/USA), Bickee Music, (Japan) later this year.

The current line up is :-
Tola Lamont - Vocals


Striding the stage like a menacing KK Downing and Glenn Tipton these boys have the chops to match the attitude, coming across like latter day Mick Cocks and Peter Wells of Rose Tattoo,and Kurt`s plug in and play attitude (no pedal boards here) comes across in the very first power chord.

...What can be said about Moyano, other than WOW!!!

he obviously wears his influences on his sleeve, Keith Moon of The Who, Phil Taylor of Motorhead and first and foremost Animal from the Muppet show,this gut is a POWERHOUSE DRUMMER and a name to look out for in the future.


Right that`s the back story for you guys, onto the actual gig. 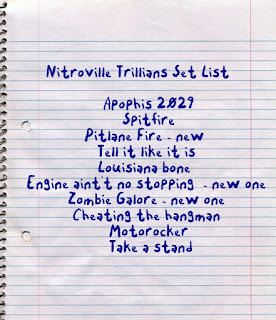 So, its a Sunday night in Newcastle,and after a 5am start for work (i`d been called in the night previous) i not so much cruise in to a bar on the shore as Aerosmith`s Mr Tyler might have put it, i more stumble tiredly into my local rock `n` roll watering hole,now as i`ve been trying to convince the band to come and play up here for sometime now, and now they`re here i`m not sure what to expect, i know its gonna be good though,  i walk into the venue and pay my door fee and head for the bar....after a 10 hour shift i think i deserve an ice cold Corona, but i digress. 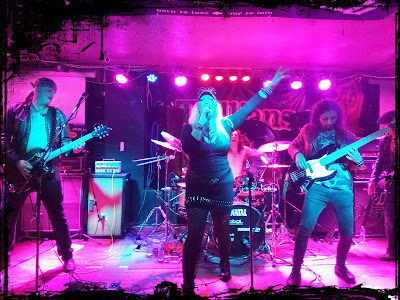 After a quick chat to friends and bar staff i see there is movement on the stage, suddenly there is a quick guitar riff from Kurt and the band explode onto the stage with their opening number APOPHIS 2029 from their second album Cheating The Hangman and we`re off on a 10 song set that instantly grabs the crowd by the throat and doesn't let go until the end of the last song.....
and not a ballad in sight, that`s not to say they can`t do them, check out the YouTube video below for a stripped down version of 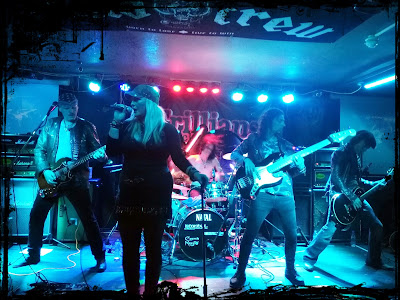 DUST DEVIL
During the set, Tola is centrestage commanding her boys and making sure the crowd is having a good time,and enticing them to come to the front of the stage,three new songs feature including, PITLANE FIRE a balls out Nascar rocker that is bound to get you a speeding ticket when you play it in the car,and ZOMBIE GALORE another rocking tune that will sit comfortably alongside the rest of their catalogue,check out the videos below

Towards the set finale, after checking how much time was left, Kurt says to the crowd "If someone buys me a beer i`ll buy you one back after the set", almost instantly a voice shouts up "What Kind?", to which a shocked Kurt replies "Any Lager", i`m not sure he realised just how generous us Geordies are,any-who, ten songs later, after the band had ripped through some old favourites like SPITFIRE, LOUISIANNA BONE and the future classics CHEATING THE HANGMAN and MOTOROCKER the crowd are suitably warmed up for Marco Mendoza......

and the NITROVILLE NATION has gained a good few new members

Afterwards, as i was congratulating Tola on her and the bands Newcastle debut, a young girl came up to us and maybe she thought i had something to do with the band,but the conversation went like this....


Q: Your drummer`s brilliant, what`s he on??

Me: Rock `n` roll and LOTS of coffee

Then came the punchline, the girl then says....

To the lead singer/front woman of the band 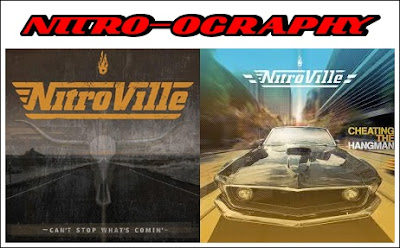 , which i suppose is a compliment for Moyano, but in my opinion really rude to the singer of a band who've travelled the length of the country to entertain you for 45 minutes, but hey ho as Mr. Jagger once said "ITS ONLY ROCK N ROLL" 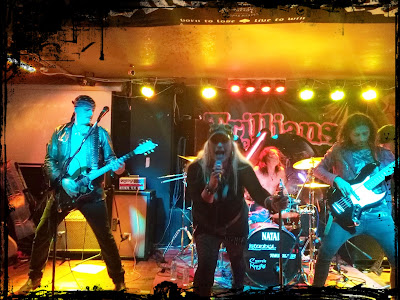 For more information about the band...... 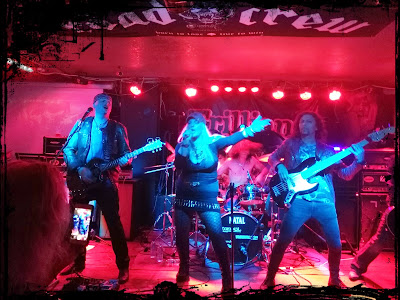 JOIN THE NITROVILLE NATION AT 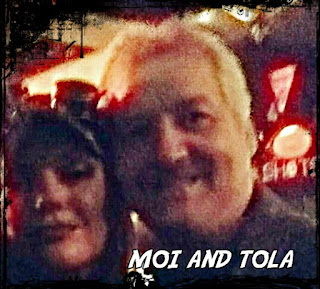 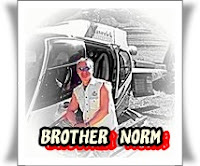