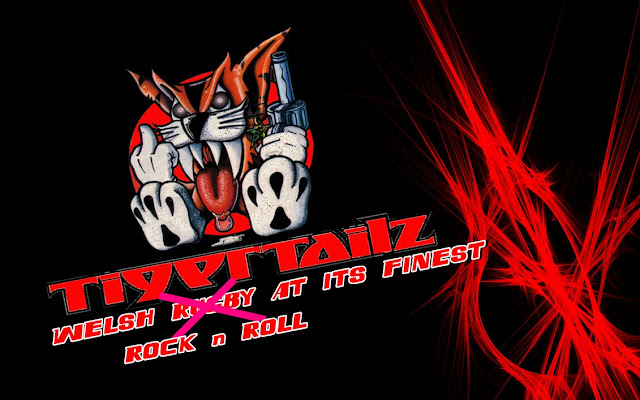 ONCE AGAIN, I must tell the tale of a band that should of been on my radar from day dot but werent.....

Sydney radio must of been absolute shit in between 87-91, cause If they had played any Tigertailz tunes , I would of heard of them before just recently...Hell, even Utopia Records had gone into hiding so Kerrang was even hard to get 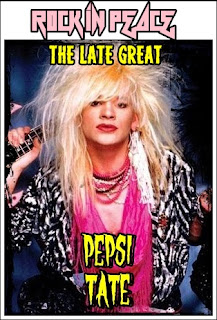 Tigertailz hail from Cardiff Wales, so, if history says anything, you know they must be able to sing at the very least, I do know they look the goods


Tigertailz (originally called Stagefright) formed in 1983 after bassist Pepsi Tate and drummer Ian Welch placed an advert in the Cardiff record store,  looking for a guitarist. Jay Pepper answered the advert. Local guitarist Phil Harling and singer Jim Dovey joined and the band began to write and record demos, although none where released. The band got gigging and they started to amass a local following, however lead singer Jim Dovey soon left the band so Pepper and Tate placed an advert in the National Sounds magazine and Steevi Jaimz answered the call and joined the band. Welch left the band in 1984 and was finally replaced with Ace Finchum.

(1987-1995)
Tigertailz released their debut album, Young & Crazy, in 1987. The album line up was, Jaimz, Pepper, Tate and Ace  The debut album also provided their first single, "Livin' Without You".
The band recruited Kim Hooker to replace Jaimz in time for follow-up album, Bezerk which was released in 1990


the band re-recorded "Livin Without' You" with Hooker as vocalist, and released it as a single. Bezerk saw the band breakthrough as a headline act, and delivering three singles, "Love Bomb Baby"  "Noise Level Critical" and "Heaven". The album peaked at No. 36 in the U.K charts

They released Banzai, a collection of B-sides and re-recorded tracks, in 1991 . They also issued Wazbones in 1995, by which time the Hooker-Pepper-Tate-Finchum line-up was kaput, and was replaced by the Hooker-Danahar-Tate-Skinner line up. Touring was fairly succesful but the record label didnt give a flying f**k so keeping the  band going was a chore 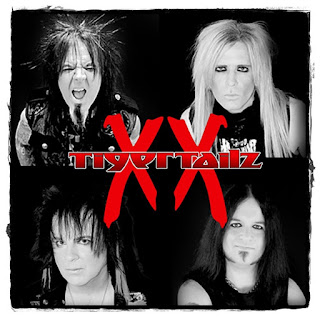 In 2005, the band reformed their almost classic line-up, with the Matt Blakout, who replacing Andy Skinner on the drums. They also won a court order winning ownership of the Tigertailz name from a spin-off band fronted by Steevi Jaimz. This problem resolved, Tigertailz were able to work on Berzerk 2.0
They completed a short reunion tour of the UK, culminating in some festival dates in Sweden and Spain, playing to over 70,000 people with Whitesnake and Twisted FKN Sister . ...Bezerk 2.0 was released in 2006.

. The band signed a new deal with Sanctuary Records, and released Thrill Pistol on 27 August 2007, barely a year after Berzeerk 2.0 was released.

In January 2010, Tigertailz recruited Sarah Firebrand as their new bass player. They also announced that they would be playing Bezerk, originally released in 1990, in its entirety and in sequence at some subsequent live shows. 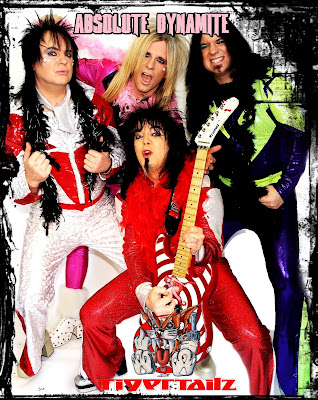 Tigertailz replaced drummer Matt Blakout with Robin Guy. Tigertailz headlined the first night of 2010's Hard Rock Hell and released Bezerk Live - Burnin' Fuel on 6 December. In June 2011, it was announced, via the band's website, that Ace Finchum had re-joined the band.

They were expected to record their next studio album in 2011 but on 23 November, in an interview with Queens Of Steel webzine, Jay Pepper cast doubt on the future of the band, stating that it was "facing a crossroads as to its survival. I don't know if we can survive the latest troubles." Suggesting that Tigertailz might still continue "with a different line-up" the band parted company with Sarah Firebrand in late 2011,  Kim Hooker went the same way on 28 March 2012

On 26 June 2012 Tigertailz announced its new line-up, and a European tour for September and October. Joining original members Jay Pepper and Ace Finchum were Jules Millis (vocals), Rob Wylde (guitar) and Jason Sims (bass). The band re-recorded an old song, Fall In Love Again, and filmed a video for it - with all proceeds going towards a charity set up in Pepsi Tate's memory

After a tour and an appearance at the Hard Rock Hell festival, this line-up fragmented in 2013. In a statement, Jay Pepper confirmed that there would be no reunion but that he would continue to perform as Tigertailz, and in June 2013 it was confirmed that drummer Matthew Blakout had re-joined the band, with Wylde switching from guitar to bass, and a new EP 'Knives' being prepared for release. 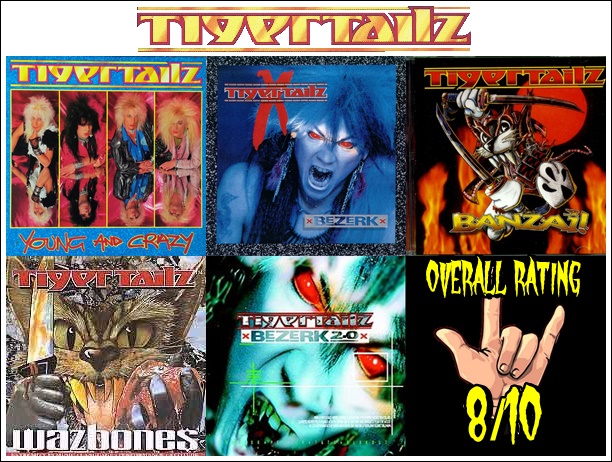 On 7 October 2013, the Classic Rock Magazine website premiered Tigertailz latest video "The Shoe Collector", ahead of the release of the "Knives" EP on 15 October. The magazine described it as "a major step on Tigertailz’ road back from the brink"......On 30 June 2014, Classic Rock once again premiered the final video from "Knives" EP "Punched In The Gutz" Filmed in Cardiff's St David's Hall in November 2013.

Tigertailz announced European tour dates for Autumn 2014 and also made their US debut. They supported KISS and Cheap Trick  on the 2014 Kiss Kruise....., the road rolled on for the revitalised Tigertailz. From a band that has survived challenges so bizarre that most wouldn't even believe it, It's a resurgence to make fans young and old proud of this classic Welsh metal band. The best advice right now is to brace yourselves... 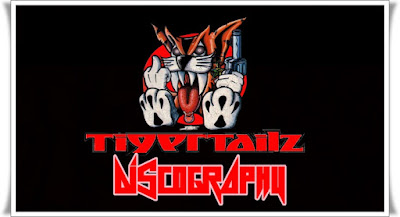 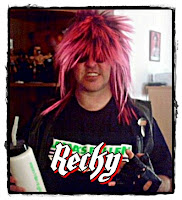 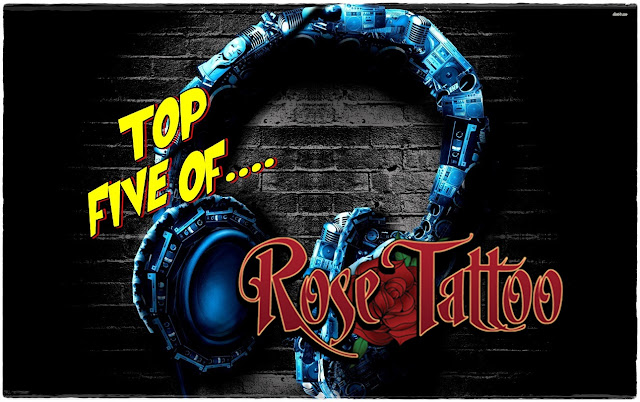 Yeah Yeah, I know I';ve blogged about the Tatts before ...big deal, here we go again, gave the boys a top five this time...well, my top five anyway 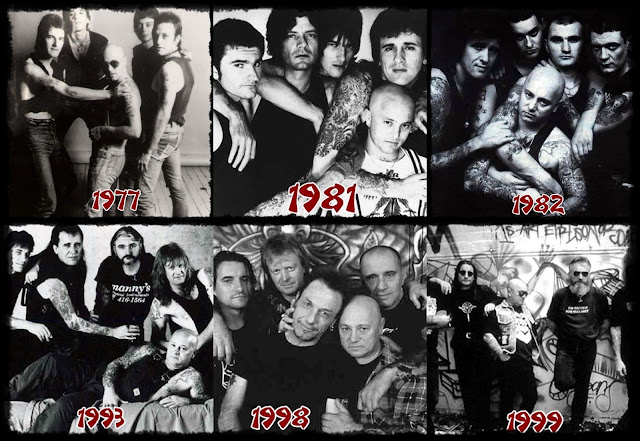 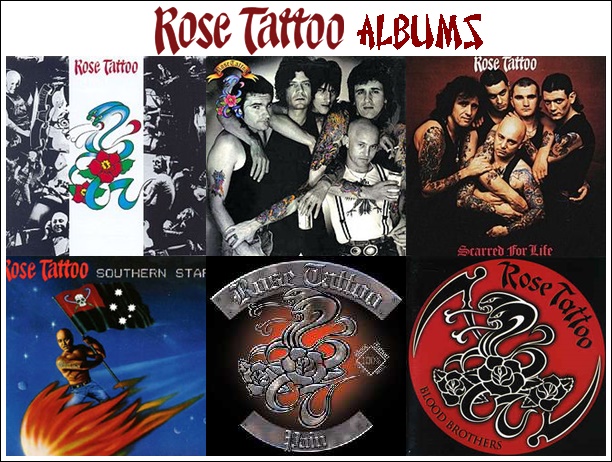 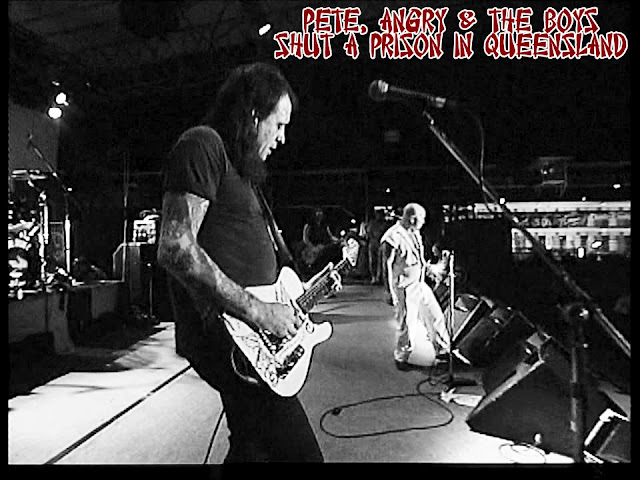 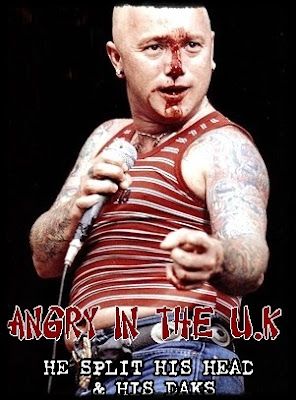 And before Angry was "Angry" he was in Buster Brown 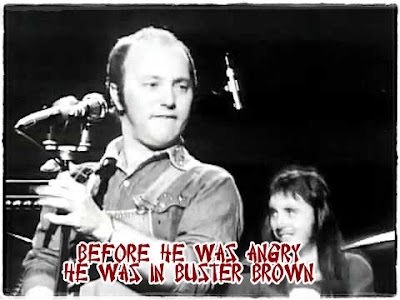 So, there you go...im sure I've left someone's favourite off , but there you go , cant help bad luck hey? 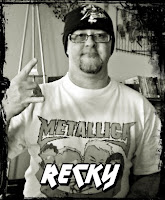